The Association of observers "National Public Monitoring" (NPM) will use the blockchain technology for verification and protection of the information of observers about the voting in president's elections in Russia on March 18.

HR & educational program director
Expert answer
The internal rating system is provided as well, an internal estimation that allows to minimize possibility of forgery and counterfeiting of any information

Babchenkova noted that, in total, 100 thousands observers of the "National Public Monitoring" will work at polling stations on March 18. "In the end we get a huge array of data, stored using blockchain technology, which is a guarantee these data will not be changed," she explained.

IT Coordinator Vladislav Berezutsky specified that the Russian blockchain development is used to store information. "Blockchain guarantees us the data's reliability and constance. Since 1:00 p.m. (MSC) 18th of March we will be receiving protocols from the eastern regions, these protocols will be delivered to our system, "he said.

According to Berezutsky, observers will send forms of final protocols from the sites and their photos. "There is a record in our database and we do automatical exchange with our Russian blockchain Verifier, this happens in an automatic mode, and already acceptors, verifiers that are located all over the world, users of this blockchain in their application confirm the accuracy of our protocols," - he explained.

Berezutsky noted that the task of observers is not in replacing the CEC, their goal is to present an objective picture of the elections.

Roman Kolomoytsev, NOM federal coordinator, underscored that "for the first time in russian and world history on such a large scale elections all protocols will be available on the public blockchain-platform "National Public Monitoring "and confirmed by the independent blockchain-platform Verifier".

The head of the Verifier technological project Dmitry Rzhavin informed, in turn, that users of the blockchain platform are registered in the system according to their passport data, therefore it is impossible to create fake users. Users - verifiers - do confirm the information directed into the system.

"The internal rating system is provided as well, an internal estimation that allows to minimize possibility of forgery and counterfeiting of any information," he said.

"National public monitoring" on the upcoming presidential elections in Russia will make use the technology of the blockchain. All the data from 100,000 independent observers will be stored int this system.

"Using the mobile application observers will record everything that happens at the polling station, all violations, all reports of violations, with photos, videos and do confirm them or do not," said Elena Babchenkova, the federal coordinator of the National Public Monitoring.

The blockchain technology will also help to make the so-called exit polls as much as possible fair and transparent.

This is a joint project of RPORC (VTsiOM) and 2chain agency.

The project will be one of the first electoral researchs in the world that uses this technology.

The election of the Russian president will be held on March 18.

Verifier not only offers the solution to verify a person’s identity, but also it verifies any event. To do that we chose the Uber approach as a proven solution and integrated it into our business model. We created a decentralized network of independent agents (DNV) – the Verifiers. Any person may become a verifier after signing up and passing our examination process (tests, checkup , training, internal selection, etc.). With his or her help you can verify:

Become a part of this history right now! 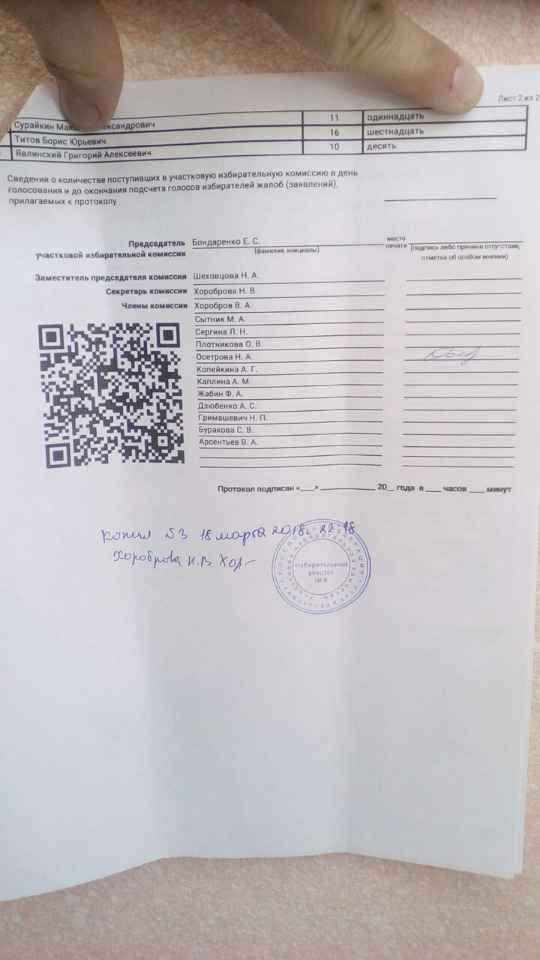